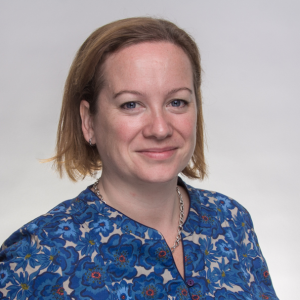 Why Clarkson’s Farm Is a Great Example for All Innovators

What can one of the most ancient industries (circa 13,000 years old) in the world teach us about innovation? The recent series of ‘Clarkson’s Farm’ covers Jeremy Clarkson (of Top Gear fame)’s journey of learning a new industry: farming. In 2007 he bought a 1000-acre farm in the UK which had a farm manager. When the manager recently retired, Jeremy decided to manage the farm himself, with an Amazon Prime Video crew filming his exploits.   The first sign of entrepreneurship is that with an Amazon Prime Video contract under his belt, he didn’t need to worry about profit on the core business (the farm itself), everything else would be a bonus. He applied his existing business knowledge to his new business and pivoted immediately to it being a media venture rather than a farming company.

Whilst farming is an ancient industry, it can be a brilliant visual example for all innovation.    As shown on Clarkson’s Farm, many farmers don’t make enough profit from crops alone.  So when they look at diversification, they take stock of the assets they already have and work out how to implement adjacent and transformational innovation.

The start of innovation

In the early noughties, my job was to help farmers implement their ‘Redundant Building Grants’. This was a Government grant given to farmers to renovate unused farm buildings into lettable spaces like offices, or BnBs. Farmers had to learn through necessity to pivot from landowners to part-landlords. There are new skills to be learnt, like how to be hospitable in the hospitality industry when you are used to being in a tractor for most of the day. The systems within a farm business needed to change, and the people within it also had to adapt. Does this resonate with you and your business changes?   Any innovation plan needs to include team training and culture change management to support a roadmap. It can be tough when team members are used to a particular way of working. It starts with embedding a desire to succeed for the future, not just for the now.

Farms across the world have to tackle very large problems, like smaller profit margins and tighter regulations. Looking at external changing factors effecting your business is key to understanding what you need to do to tackle potential threats. As with many industries, a business can be vulnerable if it’s the wrong size. Let me explain: when subsidies end for UK farming, the small farms who have been growing niche crops (the niche business model) with diversified activities like farm shops (direct to consumer model) will probably be fine. The really large progressive farms that benefit from economies of scale will also be fine.  The traditional farms in the middle (of which there are a lot) are in a precarious position as seen on the show when Clarkson’s farm turns a profit of just over £100 for a year. That’s thousands of businesses not making much money on crop production alone and a process of aggregation has started with a loss of over 55% of farm holdings since 1950. It’s a lesson for businesses in other industries to stay agile to stay relevant – even if what you have been doing has previously worked for generations. Business doesn’t stay still for long and ‘sustainability’ is moving from being a buzz word to a key principle of many businesses.

It is worth mentioning at this point that many landowners are participating in a lot of conservation projects alongside their main business. I was recently made aware of the brilliant Help Our Kelp rewilding project to encourage carbon capture and increase fish stocks on our South Coast. This involves farmers giving up some of their coastal land and using their knowledge of their land and marine conservation to help this incredible project. Obviously ‘environmental sustainability’ is only part of a business sustainability strategy, but many farmers are also dedicated conservationists.

Whilst having a technology roadmap, or a plan for digitalisation is on most business’ list, progressive farms have also been working out how their businesses can benefit from technology.  In Clarkson’s Lamborghini tractor for instance, there are powerful mechanics. Beyond that however, it also has key field mapping technologies onboard that enable farmers to better judge seed and spray rates, reducing cost and increasing efficiencies. Farmers can use satellite mapping (see a previous project we’ve done on this), weather forecasting and other digital platforms to get better business insights. Clarkson himself ignored his own technology with disastrous results, showing that technology can sometimes trump human insight. This is in addition to the benefit of websites and social media for direct to consumer marketing rather than solely relying on the long food supply chain.   Mr Hugh’s Oils is a simple example of this. The hard-working Mr Hugh works on producing an excellent crop from his 5,000 acre farm, but rather than just solely selling the crop, he’s diversified to produce a portfolio of end products, and learnt how to build a team around him to get that product to market with an omnichannel approach. That would be impossible without digital technologies to support him.

Does it matter if you fail?

Clarkson has always been an entrepreneur, successful and keen to produce quality in his highly edited productions. It makes sense that he would apply his own natural entrepreneurial expertise on his own farm. Did failure hurt? Yes absolutely.  Has it stopped him innovating? No. Whilst he hasn’t always had the knowledge to make good decisions on farm, his attitude of always looking at a problem from multiple angles to find an alternative solution is a lesson for all innovators.   For Season 1 of the programme, you could say that Clarkson failed – his farm business didn’t make much money. However, he now has a year of knowledge and data that he can apply to following years to build up to something bigger and better, supported by the Amazon contract. Clarkson isn’t someone who will be beaten by failure: he will learn and adapt.

As Season 2 of Clarkson’s Farm was announced yesterday, what is next?  Well, this week he met with the mighty Minette Batters, President of NFU, so perhaps there will be some promotion of the Red Tractor scheme or general highlighting of UK farm standards, which could play nicely for those small niche farms or for larger exporters. For entertainment, I would like to see him go into some of the other usual diversification businesses for UK farms, like wedding venues, BnB, softplays and glamping.   Would Clarkson be a hospitable host?! How would he cope with running a softplay centre during the harvest period?! I hope like all business people, he chooses his next business activities based on an innovation strategy which will leave his farm more stable and sustainable for future generations.

And on my holidays this summer I will be passing Clarkson’s Diddly Squat shop, so I’ll pop in for some cow juice and let you know what it’s like!

The new show Clarkson’s Farm is currently streaming on Amazon Prime Video. If you would like to talk about how to use innovation techniques to diversify your own business please get in touch with me.